Deer oh deer! Why are we running out of bikes?

Between hot demand and slow supply, 2020 has been an utter cluster-shuck for New Zealand’s bike sellers. We asked some insiders to share their insights, and discovered that there’s more to this problem than just Christmas stocking.

Before COVID-19, bicycle sales were already incredibly buoyant. This can be put down New Zealand’s ever-growing trail network – including the 22 Great Rides – as well as better bikes, increased cycling promotion, and quite frankly the effort of those Kennett Brothers whose mission in life seems to be getting us all on wheels. And hooray for that!

The big boom, however, has been in e-bikes. Greg Fraine, sales manager for Specialized NZ, says that this hasn’t been at the expense of regular pedal bikes, but that e-bikes have substantially expanded the market over the last few years.

Greg points to people with mobility or medical conditions – from dodgy knees to dicky tickers – as being a particularly fast-growing demographic. ‘E-biking is very therapeutic, enabling people to exercise and have fun with low risk. It’s improving riders’ quality of life.’

‘E-bike sales have way more than doubled year on year, beyond our wildest dreams,’ says Greg. ‘We’d budgeted for that, but we didn’t predict the effect of the pandemic.’ Suffice to say, Specialized was not the only supplier to get caught short.

COVID-19 has created unprecedented demand for new bicycles across the globe. In the USA, for example, warehouses are reported to be at 25% capacity despite a surge in imports from Asia – up nearly 30% in the June–August quarter of 2020. That equates to 1.5 million more bikes sold in America in just three months.

New Zealand hasn’t been immune to the knock-on effects, as illustrated by Specialized’s experience. ‘Our stock levels were comfortable going into the pandemic,’ says Greg. 'But when the shops opened after lockdown, the existing stock sold through quickly. The spike in demand caught us by surprise, and we might have sailed through if it weren’t for the trouble with the bike factories.’ 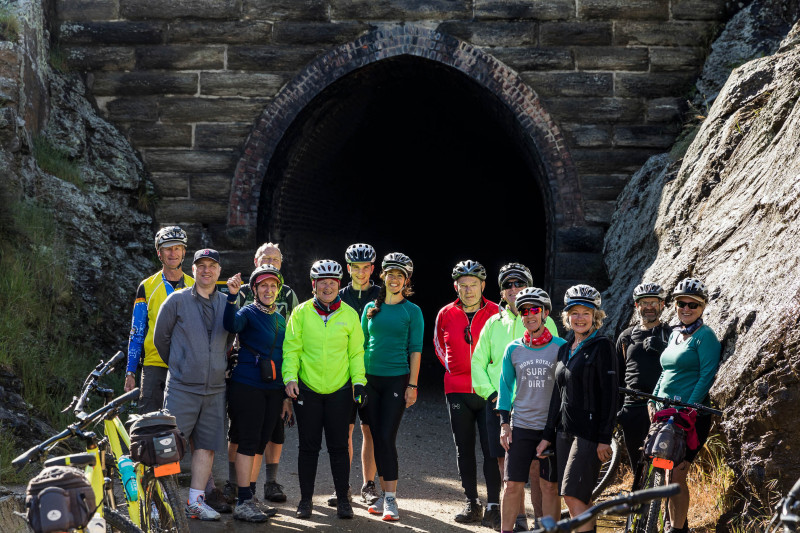 Don't have your own bike yet? Go on a guided tour with national partner Adventure South NZ (Lachlan Gardiner)

Exploding worldwide demand initiated a mad scramble by manufacturers to up their production. Lockdowns, however, meant that major factories were shuttered for weeks on end. For manufacturers outside China, the problem was compounded by limited supplies of aluminium.

Like others all over the world, New Zealand wholesalers and retailers soon ran short. Dean Oliver of Hawke’s Bay Trails’ official partner The Hub Cycle Centre in Hastings shares a typical story. ‘Lots of models are oversold, which means that some wait times are up to six months. And new models are available in very small quantities compared to normal bike releases. Many people won’t be able to get their ideal bike until at least midway through next year.’

It’s a similar situation for Nelson’s Hyperformance Hardware, wholesaler of Santa Cruz, Juliana and Ibis bicycles. Co-owner Sandra Williams says they can’t get enough stock, and what they can get isn’t coming quick enough. ‘Stock we pre-ordered for Summer is dribbling in and won’t all be here until February or March next year. And demand is such that we’ve sold it before it lands.’

Sandra believes this constrained supply disproportionately affect shops that didn’t indent or pre-order.  ‘Independents may find it particularly challenging to find one off ready-to-ship bikes in the country,’ she says.

One such indy is Dirt Merchants, James Duncan’s one-man band. The Wellington based mechanic regularly does new custom builds, requiring components from multiple suppliers. ‘If I’m short even one component, I can’t finish the bike and I can’t hand it over. I’m stuck with it.’

A shortage of parts is also affecting the bike servicing side of his business. ‘Back in the 1990s, you could service a bike with a hammer and screwdriver,’ says James. ‘Nowadays you don’t so much service a derailleur, you replace it, so there’s a greater reliance on replacement parts.’

Is slow port processing part of the problem? Sandra Williams thinks not. ‘Shipments are around a fortnight late, but that’s nothing new for this time of year.’

Greg from Specialized agrees, adding that international hold-ups such as port shutdowns and quarantining are beyond local port companies’ control. ‘‘Everything has been slowed down, but our sea freight funnel is only as wide as our three major ports. And they’re working harder than ever to catch up.’

Plane groundings have also had an effect, as passenger flights also brought in cargo that now has to get here by sea. ‘That’s filling up ships, pushing delivery dates even further out.’ 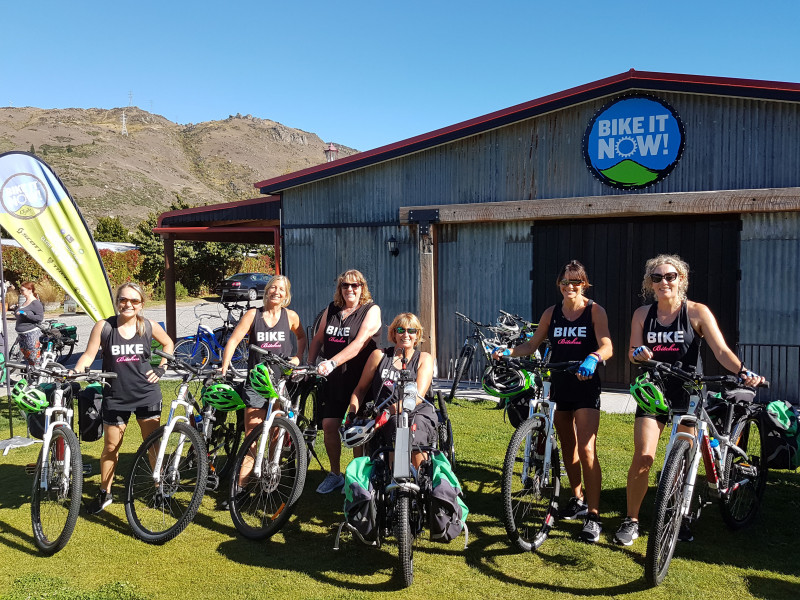 Get out on our Great Rides by hiring a quality bike from official trail partners like Bike it Now! in Clyde and Cromwell.

Between our flourishing trail network, ever-improving urban cycleways, and the fact that we’re still stranded in paradise, the demand for bicycles is unlikely to drop anytime soon.

And it looks like it might be a long time before the supply side catches up. ‘We’re still way behind on orders,’ says Greg of Specialized, ‘even though we’re maxed out building new factories and our supply level is higher than ever.’

Giant, the world’s largest bicycle manufacturer, is less bullish. Although they’re opening a new factory in Hungary in an effort to catch up, chairwoman Bonnie Tu says they’re not inclined to invest ‘blindly’ in more manufacturing. ‘Every boom ends someday,’ she said in a fascinating New York Times article.

Time will tell. In the meantime, is there anything we can do to keep the wheels on?

Sandra Williams suggests that one longer term solution is for us to buy better quality bikes and look after them better. ‘This is where your local bike mechanic is invaluable,’ she says.

Unsurprisingly, bike mechanic James Duncan heartily agrees. ‘Most bike owners tend to be reactive rather than proactive when it comes bike servicing. But your mechanic can help you learn the basics and recognise when more complicated work is required. It’s way better to keep your bike well serviced rather than run it at half-mast only to have to retire it early and buy a new one.’

James also agrees that investing in a high-quality bike will pay off. ‘Some lower-end bikes from big box stores are barely serviceable after 12 months of use. That’s disappointing for the customer, and bad for the environment. Talk to your mechanic. Be critical with the components. Closely consider the potential life-cycle of the bike.’

Eagle-eyed buyers may find high quality bikes and parts secondhand. Greg Fraine says the rapid change in bike tech means there are some particularly good bargains if you’re looking for something ‘slightly obsolete’. ‘If you’re into rim brakes, for example, you can pick up new wheels for a song.’

TradeMe bike sales have certainly been brisk since the March lockdown. Figures for the last week of November (2020) showed almost 210,000 searches for bikes, up 17 per cent on the same time last year.

Proving the rumour that secondhand bikes have also gotten more expensive, TradeMe told us that the average sale price has risen in the last year, from $319 in November 2019 to $414 in November 2020.

It begs the question: how many new bikes will turn up on TradeMe on Boxing Day? Answer: not many, if any. 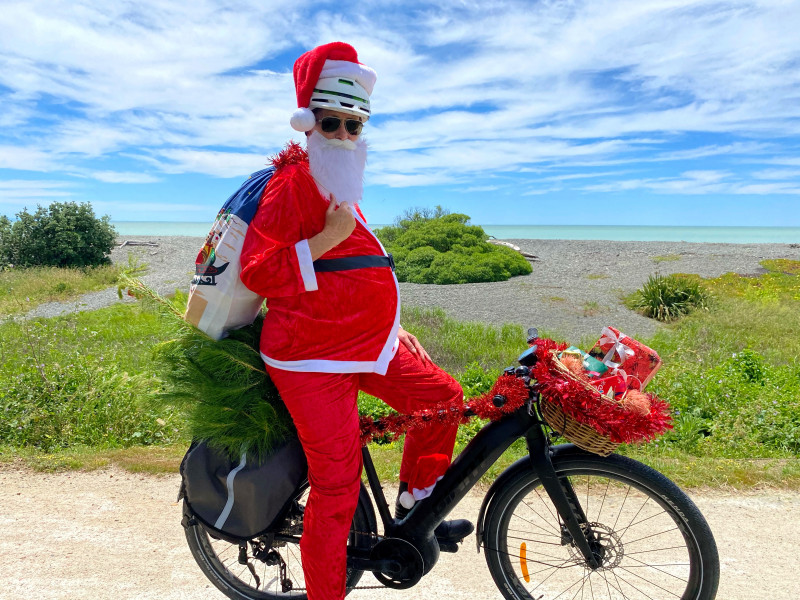