There are now so many birds along the Old Ghost Road cycle trail that some mountain bikers and trampers are rating their interactions as the best part of their whole experience.

‘There were robins all over the place,’ reported one walker. ‘We saw lots of other species, too, including the New Zealand falcon. It was the best birdlife we’ve come across on a walk like this.’

Populations along the 85km trail include tomtits, kākā, kea, whio/blue duck, kererū, kārearea, rifleman, weka and even the great spotted kiwi. The number and variety of species are partly due to a predator control program started when the trail began construction back in 2012.

‘We had a strong sense from the beginning that we had an important role to play looking after the local flora and fauna,’ says Phil Rossiter, chairman of the Mokihinui–Lyell Backcountry Trust that manages the trail. ‘The sheer numbers of stoats, rats and possums we caught provided an indication of just how many pests were out there.’

The more pests they caught, the more the Trust ramped up their efforts, and by 2016 they had expanded their network of traps to around 850. 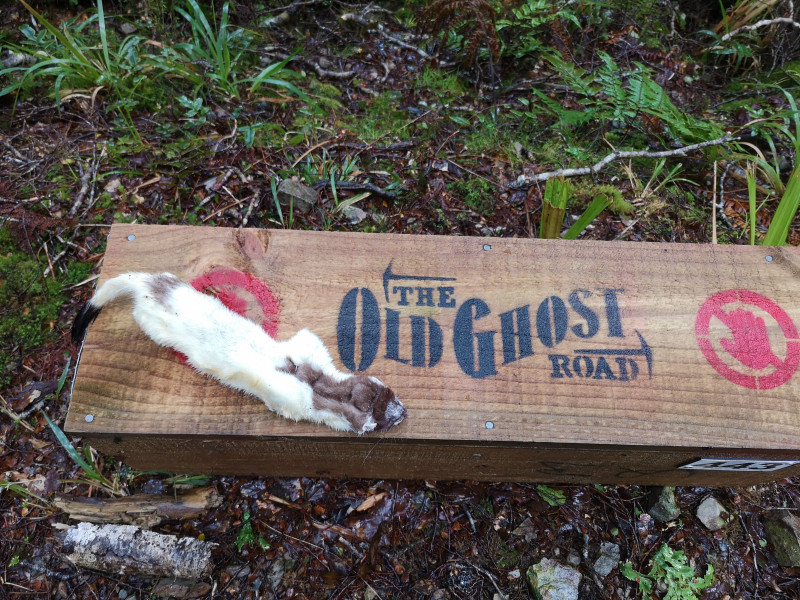 Between 2018 and 2020, more than 4500 stoats, weasels, rats and mice have been eradicated, with additional work going into controlling feral goats and possums.

Until recently, no formal counts had been made of bird populations along the trail, but simple observations have provided clues to the massive impact these pest control efforts are having.

Stern Creek, in the mid-reaches of the Old Ghost Road, is a good example. As a known habitat for the endangered whio/blue duck, this area was targeted with trap lines. Trust staff and volunteers have been closely monitoring a family of whio here since 2011.

Every year, around mid-October, ducklings would appear. But sadly, over a few weeks, four would become three, three would become two, two would become one and so on. In 2018, however, the entire clutch of ducklings made it to a ‘safe’ fledgling stage. 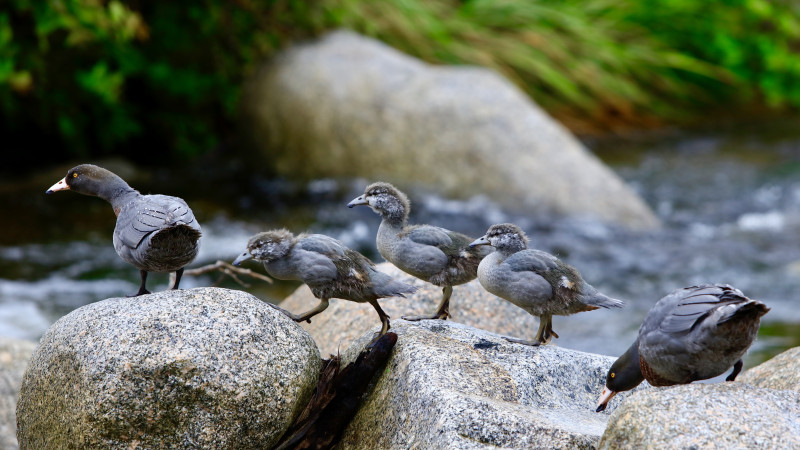 Despite bad weather, a mega-mast year and a global pandemic, whio populations nationally are on the rise according to the Department of Conservation. Thanks to the work of DOC, Whio Forever and pest-eradication projects like the Old Ghost Road's, things are looking up for this magical bird.

Riders and walkers are also noticing the birdlife, with trail survey feedback full of reports of special encounters. ‘We saw four kiwi between Lyell carpark and Lyell Saddle hut,’ reports one. ’None of them were in a hurry to run into the bush. Obviously pest control is working well – congratulations!’

Many visitors also appreciate the pest-eradication efforts, with another survey respondent saying they were ‘really very happy to see traps in place. The birdlife was fantastic. We saw or heard rifleman, kākā, kea, kererū and more.’

The Old Ghost Road's birdlife has attracted international media attention, too, with Griff Rhys Jones and his crew filming kea at Ghost Lake for the TV series Griff's Kiwi Adventure.

Such recognition is very gratifying for Phil and all the other people who work on the trail. ‘It seems that birdlife is really adding to the experience, and that our work is valued. This has been driving us for the last few years and will continue to drive us.’

It is, however, a lot of work. Each month, every trap needs to be checked, cleared and rebaited, with some trapping lines maintained fortnightly during summer.

Fortunately, these efforts are supported by a team of volunteers, who undertake around a quarter of the pest control work. The rest is completed by professional contractors specialising in pest and weed control.

Funding comes from a variety of sources, including revenue from hut bookings. The majority, however, comes from eight different New Zealand funding bodies that have contributing grants ranging from $2000 to $70,000 over the last six years.

‘DOC’s Community Fund provides us with the lion’s share of support and DOC should take a bow for that,’ says Phil.

The nature of the Old Ghost Road means the money goes a relatively long way. Typically, pest control is such remote country requires hours of expensive helicopter flying, not to mention compliance with complicated health and safety regulations. For the Old Ghost Road, the trail provides easy access and overnight accommodation in huts making meaningful pest-control work much more viable and achievable.

Download a poster of the Birds of The Old Ghost Road.